A few days ago, in the early morning I listened in to the  weather forecast telling us that we would have a hot sunny day for the whole day long, actually indeed we were all scorched by the relentless blazing  sun until about 4pm when, suddenly the skies turned grey and the masses of cloud gathered  up. All of sudden, not within 10 minutes, the lightnings began to flash away, followed by roaring thunders. In no time rain started to fall and soon it bucketed down.

As I looked out through the window (I was still in the office) I was thinking to myself (Heck I have no idea why every time it rains while I’m not having anything else to do, my so-called creative thinking always rushes readily in to my head) that led to this writing. I was thinking to myself, what if there is no atmosphere to protect us from the falling droplets? What would happen? Readers might think “are you kidding me??” What is so dangerous about tiny raindrops?? They can’t hurt us no matter how hard it’s tipping down!

Okay, don’t readily jump to the conclusion like that, remember my article on the falling cat? (Sorry, it’s written in Bahasa Indonesia for those who are English readers) The atmosphere acts on the falling cat by preventing it from falling with  ever-increasing speed. It acts like a buoy (more or less)  on the cat. And of course if it acts on the cat to “slow down” the fall speed, the atmosphere also acts on the raindrops in the same manner. So that’s why in the absence of the atmosphere raindrops will fall down with ever-increasing speed! As we know, the speedier thing that hits us, the more force would work on us no matter how small it is.

To understand the nitty-gritty of this case, assume this simplified scenario that we can live on the planet where there is no atmosphere to breathe in, and we survive cosmic rays battering us. Suppose, clouds form in the absence of the atmosphere (which is practically impossible). The droplets of rain fall from 4000 metres overhead. Let’s assume that a droplet of rain weighs about one gram. Let’s see what is the speed of the raindrop when it hits our heads? Using a formula of the falling body problem we can determine the raindrop’s speed when it hits our heads, it then would be:

or 280 metres per second that it approxiamtes to 1000 kilometres per hour! (g is the earth’s gravity constant which is 9.8 m/s2. Now to see how much potential ‘destructive’ work it has on us, we have to find the energy kinetic of the raindrop:

, Ek denotes the kinetic energy, 1 gram of droplet equals 0,001 kilogram. So, if we put the data into the equation we’re gonna have

Forty joules? That’s it? Yeah…. but remember it only comes from a single raindrop. If you are battered by a thousand raindrops, roughly calculated that the force that would work on you will be 40,000 joules! To see how monstrous 40,000 joules is, let’s compare it to the kinetic energy possessed by a 150 kg motorbike that runs at 80 km per hour *).  It has a kinetic energy of

or 36,300 joules. So, a thousand raindrops would have more kinetic energy than a 150 kg motorbike running at 80 kph does if there was no atmosphere to buoy the falling raindrops!

That explains whenever it rains why should we be very grateful to be saved by the atmosphere from the falling droplets of rain, whilst in the absence of the atmosphere  the tiny droplets would potentially kill us like a bullet, or at least they  could hurt us very badly!

I do miss my high-school physics class now 😦

Is It Possible for Archimedes to Lift The Earth?

“I would lift the earth if I had a point of support” that is a saying of legendary Archimedes, the genius of antiquity who discovered the laws of the lever. He wrote this claim to his friend, King Hiero (Some call it “King Geiron”) of Syracuse. He added that if there be another earth in the space he would go there to prove his claim!

Archimedes knew that even the weakest of force could lift the weightiest of an object by using a lever. One had only to apply this weakest force to the lever’s longer arm and that’s what would make the shorter one to act on the weightiest load. He therefore thought that by pressing with his hand on the extremely long arm of the lever he would be able to lift a weight which in this case is equivalent to that of the mass of the earth.

Archimedes might be right about his laws of the lever but the problem was that in the times of antiquity nobody knew the mass of the earth, and neither did Archimedes! If only he knew the mass of the earth, Archimedes would be likely to eat back his words. Imagine for a moment that he had at his disposal another earth and also the point of support he looked for. Further imagine that he was even able to manufacture a superlong lever that extended over  a great great distance in the space required. I wonder if you can figure out the time he would need to lift a load as massive as the earth, by at least a centimetre? He would need 30,000,000,000,000 years!!

Today scientists know the Earth’s mass. The earth possesses the mass of 6,000,000,000,000,000,000,000 metric tons or tonnes. Suppose Archimedes could lift 60 kilos directly, to lift the earth he would need a lever with a long arm that would be longer than the shorter arm by:

You can easily figure it out that to have the end of the short arm rise by a centimetre, the other end must delineate through space the huge arc of

That is an unimaginable distance which Archimedes would have had to push the lever to lift the earth by just one centimetre! As a comparison the earth-sun distance is “only” 150,000,000 km apart. A tiny figure compared to that of the huge arc would Archimedes make. So the next question would be how much time would he need? Presuming he could have lifted 60 kilos one metre in one second – the work of almost one horsepower and of course naturally a man could only work much less than one horsepower! – to lift the earth by a centimetre, he would even need

For those who like to do simple arithmetic problems it is not hard to convert that figure above into the unit year which is equivalent to about 30 million million years! As a comparison scientists predict that our solar system would not last longer than approximately 10 billion years from the cradle to the grave. So, even if Archimedes lived past 100 years he would not have lifted the earth by much as even the thinnest of hairs. His effort would be so-called worthless since he could only lift the earth by an unnoticeable displacement in the eyes of the crowd. Even if he supposed to be able to zap in the speed of light – the nature’s fastest – he would successfully have lifted the earth by a centimetre only after ten million  (10,000,000) years of pushing! Phew!! 🙂 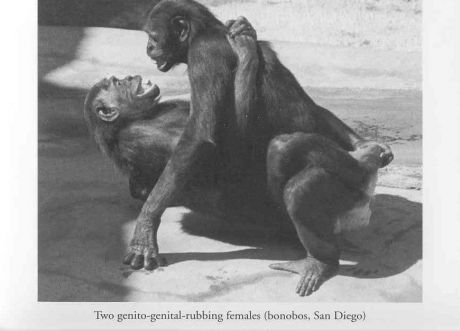 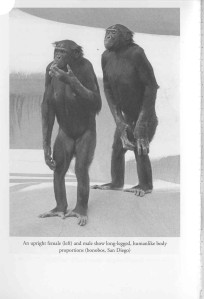